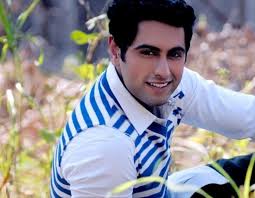 He will have two women vying for his attention.

Actor Ankit Gera, best known for his roles in shows like ‘Mann Ki Awaaz Pratigya’, ‘Sapne Suhane Ladakpan Ke’ and ‘Santoshi Maa’, has been roped in to play a non-resident Indian (NRI) in the upcoming TV show ‘Agnifera’.

‘Agnifera’ will tell the story of two starkly opposite female protagonists – a lawmaker and a lawbreaker.

“The concept of ‘Agnifera’ is quite unusual from what we have seen on television so far and also the fact that I will have two women vying for my attention is interesting. That’s why I agreed to do the show,” Ankit said in a statement.

“I play the role of Anurag, who is an MBA, from London. Having studied abroad, he is very sophisticated and smart. He is extremely pampered by his family and is also very impulsive with his decisions. He is stubborn by nature and is used to having his own way in most situations,” he added.

The show will be aired on &TV starting from March 20.