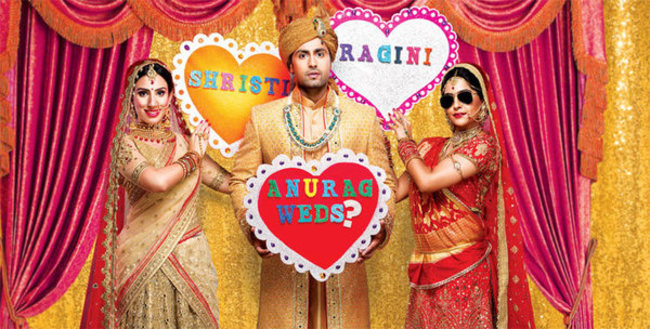 In a chat with India Forums, the three actors revealed details about their roles.

Here’s how it went –
On his long absence and comeback to TV, Ankit Gera talked about waiting for the right role, “This role is very different from what I have done before. Anurag is a very interesting character, worth waiting for”.

When asked whether having strong female leads will dull his sparkle, he gave a gist of his character, “Anurag is an NRI. I feel lucky with two women pursuing me. And, I think I cannot lose my sparkle because all Ragini and Srishti want is me! (hahah) So I don’t think I’m losing out on anything here.”

Yukti Kapoor who was last seen in Siya Ke Ram’ spoke about how playing Ragini will be a huge turning point. “Ragini is this bold, bindaas girl. She does most of her talking with a gun. It’s a fresh character and I had to take workshops to learn the way she speaks. I think my character is going to be good for the female viewers since she’s strong.”

Joining the actors will be Simran who will play Shristi. Her character is a quite a contrast with Ragini.

She says “I will be playing a lawyer – a confident and smart woman who is also dabangg. My character promotes women empowerment. She practices law in an orthodox society. It’s a very balanced, level-headed character who is badass and sweet at the same time.”

We think the contrast between the two female leads is interesting.

Agnifera airs on March 20 on & TV. We cannot wait to see how it pans out. What do you think