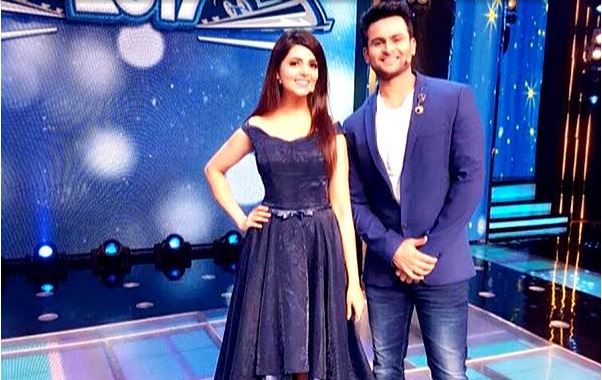 Looks like singer and comedienne, Sugandha Mishra has found love in her comedy shows partner, Dr. Sanket Bhosale. Yes, you read it right, we are talking about none other than Baba from ‘The Kapil Sharma Show’.

Though a doctor by profession, Sanket is into comedy and the two met each other in one such comedy show.

According to an entertainment portal, the duo has been dating for over a year now and has marriage plans soon. The two are very serious about each other, and while Sugandha is well known, she has been working on making Sanket, a name as big as Kapil Sharma or Sunil Grover.

As of now, they will be seen hosting Zee TV’s ‘Summer Express 2017’ and will also be a part of Sunil Grover’s show.

Your work does take you to places and to people too, isn’t it? We wish the two all the best for their future.

We tried contacting Sugandha, however, she remained unavailable for any comment.