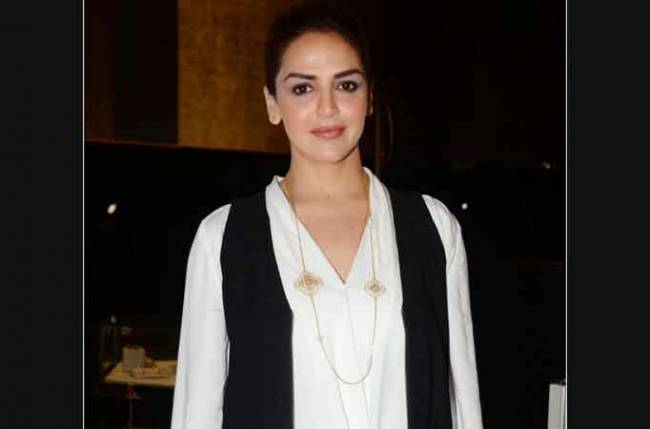 “On the auspicious occasion of Gudi Padwa, Ugadi, Cheti Chand and Navratri, I am happy to reveal the first look of my short Hindi feature Cakewalk. Produced by Dinesh Gupta, Shailendra Kumar and Aritra Das, the film is directed by Ram Kamal Mukherjee and Abhra Chakraborty,” Esha tweeted on Sunday.

In the image shared along with the tweet, one can see a piece of cake, two elastic hair ties and kumkum kept in a kitchen.

In the short, Esha will depict the professional and personal journey of a woman in the Indian society.

She was last seen on the big screen in 2015 in Kill Them Young.

Esha, who has a daughter with husband Bharat Takhtani, also gave her “first classical dance performance after a longtime” in Delhi earlier this week.

Esha’s mother and actress-politician Hema Malini also tweeted on Saturday about the performance:

“Both Esha and Ahaana (Hema Malini’s younger daughter) were scheduled to dance with me as it is a significant theme where I hand over the baton to the next gen – but only Esha performed. Ahaana was indisposed. Anyway it was a big success and Esha performed like a dream! She’s a natural.”