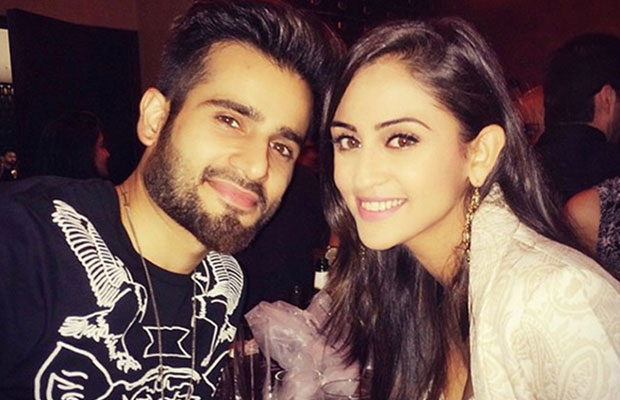 Rumoured couple of the TV industry, Karan Tacker and Krystle Dsouza have been spotted spending quality time on multiple occasions but have always kept mum about the nature of their relationship whenever they have been questioned by the media.
We all know that Karan is the host of ‘Nach Baliye 8’ and while on the sets, the man had a special visitor.
Apparently, Krystal came over to meet Karan on the sets of the reality show!
To avoid the media who were present to cover the happenings of ‘Nach Baliye’, she quickly made way into Karan’s make-up room. However, sensing that the media could probe Karan on Krystal’s presence, the man warned the media saying, “Ye sab mere saath mat karna.”
Also, Karan made sure that he left the sets with Krystle only after the entire media departed.
For the uninitiated, Karan and Krystle made headlines when the media was banned from visiting the sets of the shows by Balaji Telefilms due to them covering the two.
Well, Karan all we would like to say here is that the media was just doing their job!