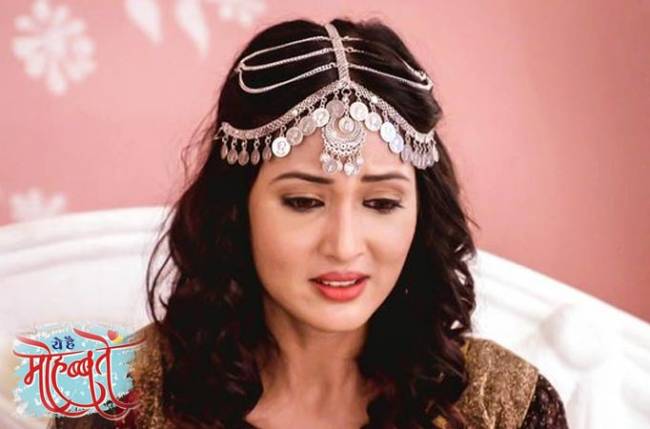 MUMBAI: Another major drama is lined up for Star Plus’ popular daily Yeh Hai Mohabbatein. The upcoming episode is going to focus on Roshni’s (Vidisha Srivastava) godhbharai ceremony. And the occasion will unfold lots of drama.

The viewers are already aware that Aliya (Krishna Mukherjee) is trying her best to kill Roshni’s child. It happens so that the swing on which Roshni is sitting is faulty. Ishita (Divyanka Tripathi) spots it that one of the screws of the swing is out. She immediately calls Raman (Karan Patel) who then shouts on one of the workers. Ishita averts a major mishap.

Furthermore, in the coming episode, Mrs. Bhalla will also find something unusual. She will find that the fruits brought for the ceremony are all decayed. She will not find this as a good sign and will think it is an apshagun.

All of this would be a pre-planned conspiracy. But, how long will Ishita safeguard Roshni? As you remember, tellycolors reported that Roshni will succumb death while delivering Adi’s illegitimate child.

(Also Read: After Adi, another major character to die in Yeh Hai Mohabbatein)

Stay tuned to tellycolors for more updates and spoilers.