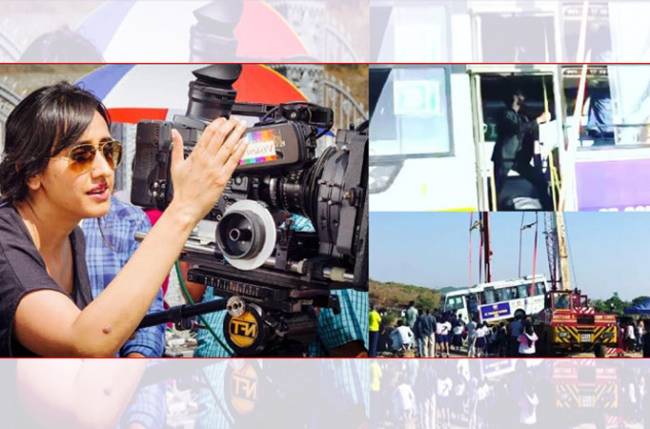 Shoot-outs and stunts may seem a little low-key by modern, post-CG standards, but they merely add to the film or TV show’s veneer of realism. Stunt work is dangerous regardless of whether you work in movie, television or within a live stunt show.

Ishqbaaaz (4 Lions Films) on Star Plus is a marriage of drama and romance. And now, its producer Gul Khan will add a flavour of action with this stunt based sequence.

Filming a sequence for the show where its male lead, Nakuul Mehta is shooting in a bus which is mid-air, suspended by ropes, Gul mentions how it is a team effort and that it requires such dedication and hardwork to put together just one sequence in an episode. She gives a special mention to the writers and the Production unit.