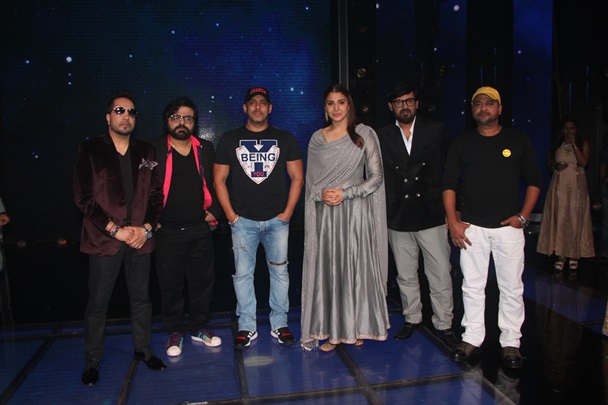 This episode will air on June 26!

Sultan is one of the most awaited films this year and what better medium than popular TV shows to promote it?!

Zee TV’s Sa Re Ga Ma Pa will host a fun-filled weekend this weekend as superstar Salman Khan will grace his presence along with the beautiful Anushka Sharma.

The episode will showcase of contestant Rupali Jagga’s father, who is a diehard fan of the star as he dances on the title song of Salman Khan’s movie ‘Bodygurad’. He will not only impress the audience and the jury members with his charm but will also leave Salman amused with his dancing style, who will also be seen joining him.

This episode will air on June 26!