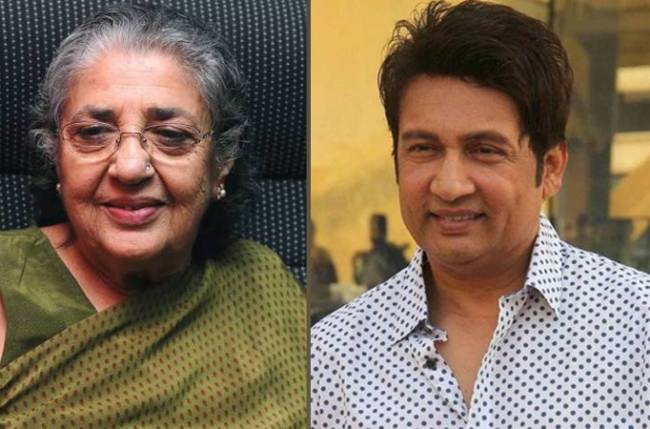 Mumbai: Actor Shekhar Suman, who featured with Shammi Aunty in the hit sitcom Dekh Bhai Dekh, says her sudden death has left a void in his life as she was the one who introduced him to Shashi Kapoor who then chose him for Utsav.

“Shammi Aunty passes away and leaves behind a huge void in my life. I don’t know what how and where my life would be without her. She is the one who introduced me to Shashi Kapoor who chose me to be the hero of his magnum opus Utsav. I never looked back after that. Goodbye Shammi aunty,” Shekhar tweeted.

“I remember Shammi aunty playing my mother-in-law in Dekh Bhai Dekh. Oh we had so much fun. ‘Tere moonh me keede tere moonh mein dhool’. Love you. Will miss you forever,” he added.

Superstar Aamir Khan paid his condolences, saying: “Shammi Aunty’s passing away is a sad loss to the film industry and to her fans. My heartfelt condolences to her family and close friends. I have always been a fan of her work and will miss her exuberant presence.”