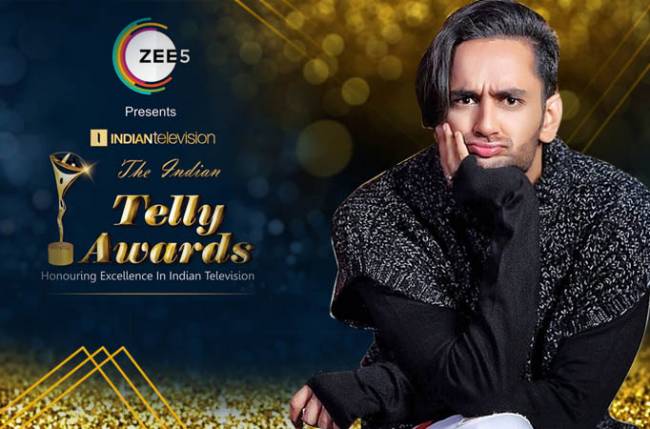 MUMBAI: Television’s biggest and most entertaining awards, The Indian Telly Awards, are back with a bang. Conceptualized and created by Mr. Anil Wanvari, the founder and CEO of IndianTelevision.com, they are in their 15th edition currently.

This year, the awards will be hosted by four immensely talented stars: Nakuul Mehta, Karan Tacker, Meiyang Chang, and Gunjan Utreja. In addition, Vikas Gupta has a very interesting surprise for the audience.

The producer, creative director, and host was recently seen in Colors’ Bigg Boss, where he finished as the second runner-up. He also hosted MTV Ace Of Space and participated in Khatron Ke Khiladi 9. He is currently seen in Khatra Khatra Khatra and has emerged as a cult figure in the Indian television industry.

Vikas started his stint in the Indian television industry as the youngest and one of the most successful creative heads in Balaji Telefilms for some of the biggest shows back then: Kyunki Saas Bhi Kabhi Bahu Thi, Mahabharat, and Kis Desh Mein Hain Mera Dil.

Vikas is also the founder The Lost Boy Productions. Under the banner, he has produced some great content like Gumrah, The Serial, and Yeh Hai Aashiqui. And he will soon launch a new series titled Yeh Ishq Nahi Aasaan.

Are you excited to know what the multi-faceted Vikas’ surprise is?