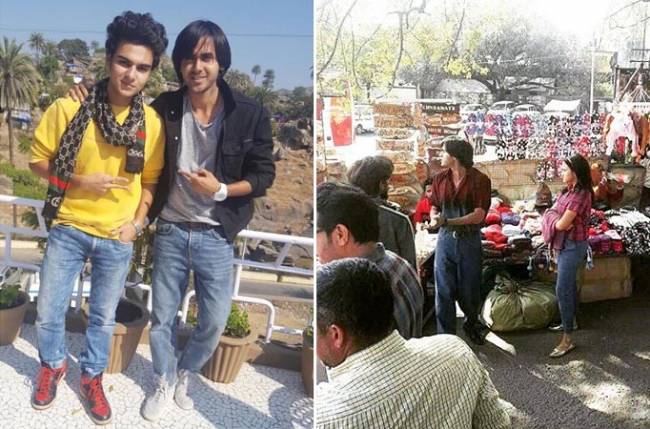 Team Yeh Un Dinon Ki Baat Hai is back from its first outdoor shoot in Rajasthan’s, Mount Abu. For its lead actress, Ashi Singh, it was no less than a picnic and for her co-star Randeep Rai, it was a great way to bond with the team.
Last week, the team braved the chill and shot in Mount Abu’s popular spots like the Nakki lake.
Ashi, who plays Naina in the show, told IANS, “This was our first outdoor shoot for Yeh Un Dinon… It was an amazing experience. Mount Abu is beautiful. I loved the cold weather. We got the opportunity to shoot at different locations which was very exciting for all of us. It felt like a real picnic.”
According to Randeep, it was a great opportunity to get to know the team better, which also includes actors Raghav Dhir, Sanjay Choudhary and Kristina Patel.
“When we shoot outdoors, after we are done for the day, we have sufficient time to interact with our co-stars which really helps us to form a good bond with each other. My relations with the co-stars, producers and director have now strengthened as apart from Sameer (his character), Randeep also spent quality time with them,” said the 24-year-old.
This friendship, he feels, enables them to do better work which reflects on-screen as well.
The biggest challenge for them while shooting was the cold climate at Mount Abu.
“To maintain the continuity of the sequence, we wore similar clothes that we wear in Mumbai which was fun and exciting,” said Randeep.
The other challenge was shooting amidst fans.
“Our fans would surround us and click photos with us which did cause some disturbance but it was a heart-warming experience,” said Ashi, who has thousands of followers on Instagram.
Throwing light on the Mount Abu sequence, Randeep said, “The school kids and teachers have come to Mount Abu for the annual picnic. Sameer had a wager with his friends that he will make Naina fall for him. During the trip to Mount Abu, Sameer realises that he has genuine feelings for Naina and decides to back out from his bet. Naina gets to know about Sameer’s bet and is heartbroken. The next turn of events will be very interesting for the audience.”
The Sony Entertainment Television show is a romantic drama set in the 1990’s.