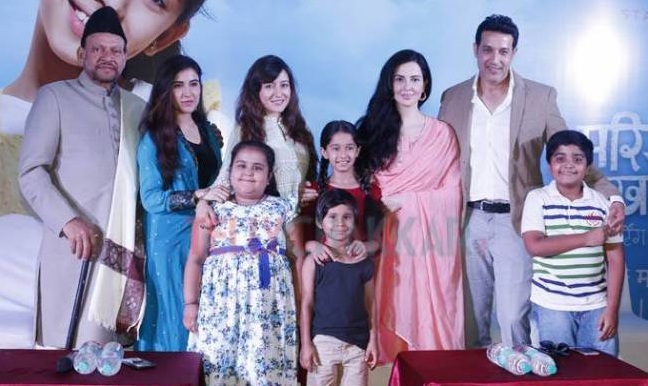 MUMBAI: What better than to spend a day with kids and be like one of them? Well, this is no news that Somersault Production is coming up with a new show called Mariam Khan Reporting Live with a gripping plot that is going to keep the viewers hooked to their TV screens and the show has a cast that we would love to see as a Nawabi family.

For a meet and greet session, Star Plus took the cast of the show and the journalists to a summer camp and we must say that the fun trip took us down the memory lane.

The camp was filled with loads of fun and masti. Deshna Duggad (playing the role of Mariam) and her ‘bachha gang’ kept the zeal of the camp at top notch.

The camp started with ‘Clay Modelling’ and drawing competition wherein the kids as well as the journalists participated with great enthusiasm. Each one showcased their creative side.

The kids were super happy to play the various games that gave them immense happiness and fun. They enjoyed till the end.

Let’s not forget that the numerous games— dart game, ring toss, juggling, snake and ladder and the camping out sights—that simply reminded us of our school days. Star Plus gifted us a beautiful evening with lots of fun.

The promo of the show made us excited to know more about the story and its cast.

“The show talks about Mariam and her three sisters. We share a beautiful bond not only in reel life but also in real life,” chirped Sheena Bajaj who is playing the role of Mariam’s eldest sister.

Khalid Siddiqui who will be seen as Mariam’s dad said that he is impatiently waiting for the show to go on air on 21 May at 7.30 pm. About his shooting experience, he shared, “It was an enjoyable experience shooting with Mariam as she is so full of life and in the show also she is the one who will be closer to her dad than to her mother as he fulfills all her demands.”

“Both of my kids are very close to me and I love them equally. We three still share the same room and prefer doing almost everything together,” he added further.

All in all we had a great time at the summer camp with Mariam and her team. We wish the team all the luck.