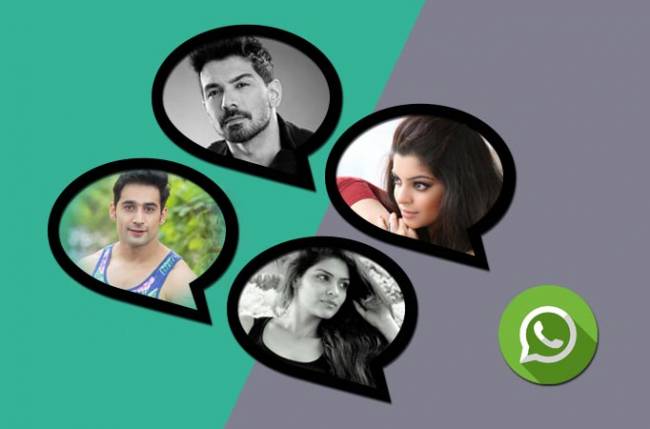 MUMBAI: WhatsApp recently announced plans to limit message forwarding. While some telly actors feel that this will limit the possibility of fake news being made viral, while others feel that it’s a futile attempt as people will seek other mediums to propagate what they want to.

Vikas Grover: According to me, WhatsApp has become a tool of networking and has brought people closer than ever before. The fake news problem is a part and parcel of it. Definitely, if there is a limit to message forwarding, people will only forward what is relevant and important and not do anything and everything that hits their screen. And it will also help ease the problem of cluttering on phones, as I, on an average get nothing less than 100 meaningless forwards a day.

Abhinav Shukla: I hate forwards, especially the good morning ones and the ones which are inflammatory. WhatsApp is being used by people to propagate biased news, smartly edited videos which are beneficial for a political and religious cause! Kashmir is a typical example of how WhatsApp can be used as a deadly propaganda tool! But yes, banning it won’t help humans will always find a way to fight!

Neha Kaul: As the saying goes, everything in excess is bad and that’s exactly what happened with WhatsApp. They gave the freedom to message freely so much so that people forgot their responsibilities and started circulating anything that they received on their WhatsApp without even knowing its credibility. Limiting message forwarding will definitely put a stop to such messages. I hope people will forward messages more responsibly. Also, it would be very interesting to see how many people would still send me those forwarded good morning messages now!

Sneha Wagh: This is a good move by WhatsApp. Especially for those people who believe in anything and everything on the internet.

Akashdeep Sabir: I am basically against any restrictions on social media. It’s time to grow up. It’s time to ensure everyone is sensible enough and educated. We seem to have developed in pockets. Only some people are educated but all have phones, so that’s an issue. Everyone should have been educated by now. Countries have failed to educate everyone so now starts the dictatorial attitude of enforcing bans etc.

Sheeba: I like the fact that it’s restricted. The unrestricted, uncaring attitude of unverified forwards must stop. It’s irresponsible and irritating. Thought it’s a bit of a futile effort because people can still post nonsense news on their social media platforms.

Snigdha A Akolkar: I don’t like to forward messages, I like the exclusivity of a personal message. I guess this decision has its pros and cons. But I guess it’s more helpful because people get irritated by forwarded messages on a daily basis, especially if it is not an important information being passed on.