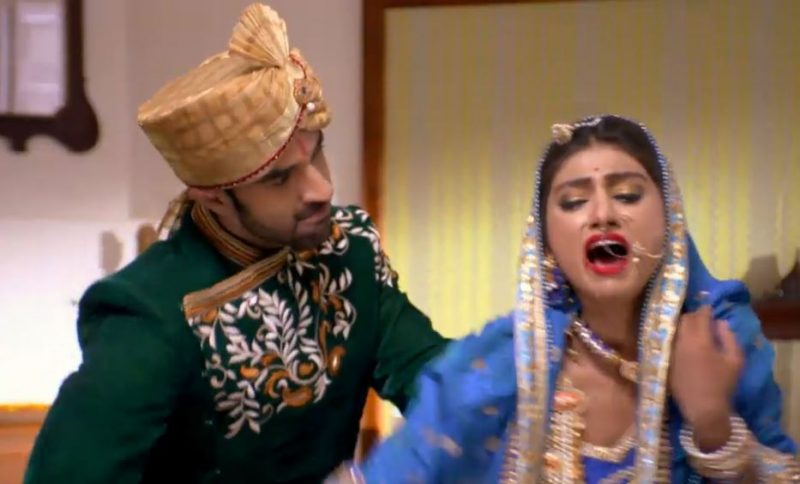 Looks like the guy has dropped to a new low altogether.

Star Plus’ Yeh Rishta Kya Kehlata Hai, has been promising its viewers with a daily dose of drama these days. Currently, the show’s track is focussing on how the Singhania’s have come to know that it was Kartik’s sister, Mansi Goenka who was responsible for Akshara’s death, thus creating a rift between Kartik and Naira.
Earlier, we reported about how Naira and Kartik patch up in the latter’s birthday party, but their happy mood spoils soon, when Kartik witnesses his brother-in-law, Aditya physically abusing his sister, Kirti. Kartik beats Aditya and exposes his real face in front of the family.
However, to everyone’s shock, Manish Goenka and Dadi reprimand Kirti of taking action and ask her to adjust with Aditya. They try to pacify her and ask her to stay put in her abusive marriage, as Manish values his business merger with Aditya and Dadi. Unlike everytime, Kirti puts her foot down and does not agree to reconcile with Aditya.
In the episodes ahead, Kirti will demand a divorce from Aditya thus leaving Aditya, Manish and Dadi in shock. However, Kirti will have the support of Naksh and Naira (who already knew about Aditya). Kirti will also find support in her brother, Kartik. And in the events that follow, Naksh and Kirti who already have a sense of respect for each other will be seen bonding and becoming friends.
In the course of twists and turns, the evil Aditya will use their friendship for his gains. Aditya will accuse Kirti and Naksh of having an extra-marital affair. He will blame Kirti of going behind his back and having an illicit relationship with Naksh.
How will Kirti prove her innocence? Will this one instance bring Kirti and Naksh even closer?