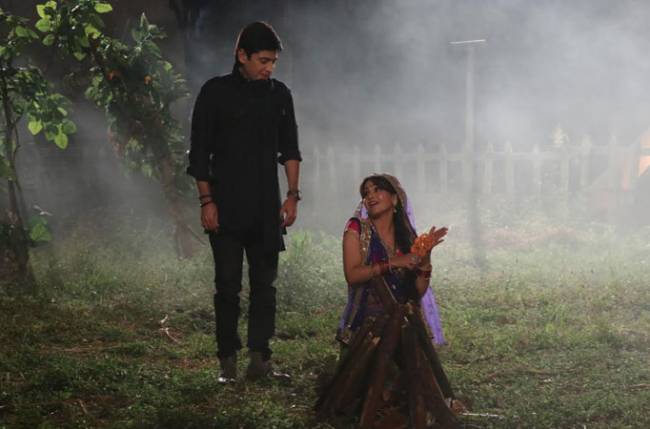 Actress Shubhangi Atre, who slays her unconventionally decorous role of Angoori bhabhi in &TV’s most popular show, Bhabi Ji Ghar Par Hai, recently re-created a scene from the classic movie, Sholay in her comedy-drama.
Yes!
Shubhangi, who has amazed the audience with her acting chops will be seen dancing like Basanti in the show.
In the upcoming sequence, Angoori’s mother-in-law will ask her to entertain a dacoit in order to save Tiwari (Rohitash Gaud). Our favourite bhabhi will then dance like Basanti in order to save Veeru from Gabbar.
Angoori will groove on the song, Kaanta Laga.
What awaits us as a surprise here is to know who will play the dacoit!