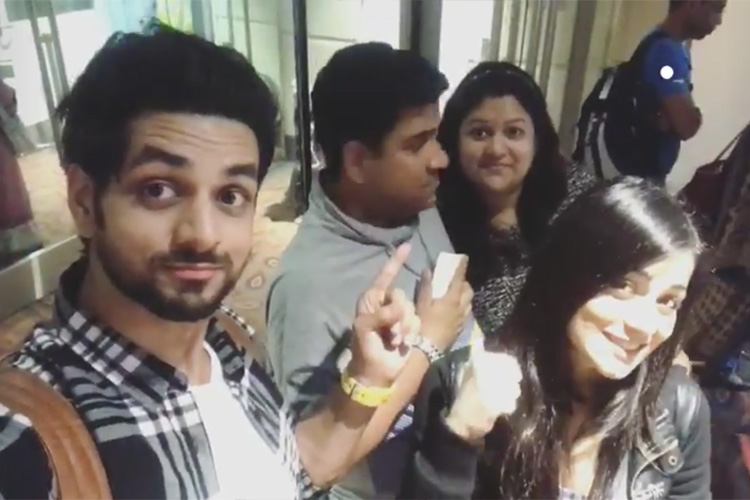 The ‘Meri Aashiqui Tumse Hi’ pair gave a treat to all their fans..

Colors’ popular show, ‘Meri Aashiqui Tumse Hi’ became a sensation back then and made the leading actors Shakti Arora and Radhika Madan aka Raveer and Ishani (IshVeer) a phenomenon.

The show went off-air last year and the fans of the show keep posting several messages and requests about how much they miss the show and would love to see Shakti and Radhika together again.

And it seems that the long wait and the numerous wishes of the fans have finally come true.

It was happy times for all the ‘Meri Aashiqui Tumse Hi’ fans, as Shakti Arora and Radhika Madan RE-UNITED once again recently.

Shakti recently posted that he was headed to Indonesia for his show and Radhika also gave the fans great news when she said that she too is headed for Indonesia!

And the moment arrived when the duo met and posted several images. Shakti even said ‘I love you’ to the country of Indonesia in their language-

And Radhika expressed the same thing which everyone was feeling – the joy of meeting Shakti after a year!

Gone down the memory lane already?