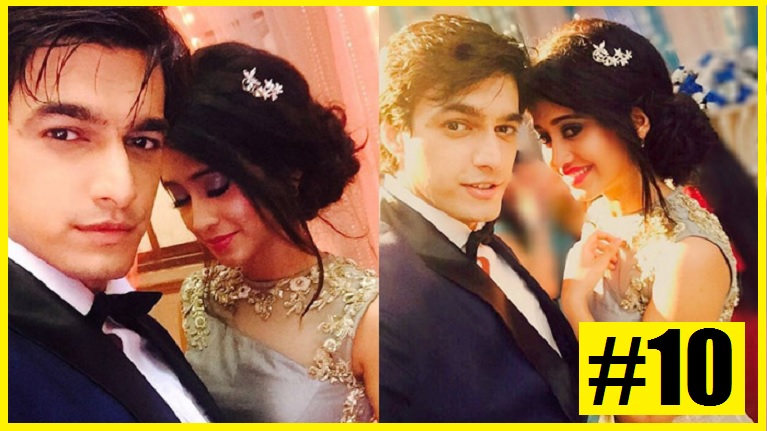 Check out which shows topped the TRP charts this week. Take a look as we list down the shows that are most loved by the audience!(based on Urban charts)

This week was an interesting week for Indian television with a lot of revelations and surprises. We decided to make a countdown of the top 10 shows based on the TRP ratings. Let’s take a look at which shows were viewed the most!(Disclaimer- We use Urban Ratings in our countdown as the Urban chart has new shows whereas some shows that are off air, still, air in Rural charts.)

At number 10 this week we have Yeh Rishta Kya Kehlata Hai with 2.1 points. In the upcoming weeks, we are going to see the much awaited Switzerland sequence which will pump up the ratings for sure and also Naitik is soon to enter the show!

Kasam Tere Pyaar ki takes the 9th slot with 2.2 points. Now that Kratika is back as Tanuja post surgery, there is a lot of intense drama going on. and it is going to be fun to watch!

The 8th slot is shared by Sasural Simar Ka and Kavach… Kaali Shaktiyon Se. Both the shows have fetched 2.3 points.

At number 7 we have Udaan with 2.5 points. The show is doing really well and is showing quality drama and nothing superficial. At this rate, the show can definitely fetch more views in the coming weeks.

Taarak Mehta Ka Ooltah Chashma sits at the 6th place with 2.7 points. This show is like a heavy boulder and it is very difficult to move it from the top 10 list.

The number 5 spot is taken by Yeh Hai Mohabbatein this week. The show has fetched 3.0 points which sure is an improvement. We hope the makers think about the open letter issued to them and make some more improvements in the show.

At the 4th position, we have Saath Nibhana Saathiya with 3.1 points. With its fast-paced and quirky content, the show manages to keep the audience hooked on. The show might get higher ratings in the coming weeks.

On the 3rd position, we have The Kapil Sharma Show. It goes without saying as to why has this show been in the top 5 since almost always.

Shakti… Astitva Ke Ehsaas Kii, along with Kumkum Bhagya has taken the second place with 3.4 points. Both the shows have been doing really well since the past few weeks. We can clearly see that while the viewership for Shakti is slowly increasing, the drama and revelations in Kumkum Bhagya shall keep it on the top for sometime.

The number 1 show this week is Brahmarakshas… Jaag Utha Shaitaan with 3.5 points. The show building up to a crucial climax and hence the show will hold on to this spot for a while!