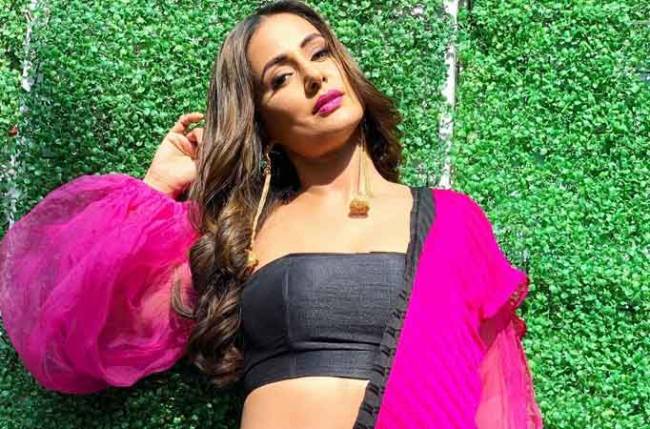 MUMBAI: Hina Khan is one of the most popular television actresses who are loved by fans for acting chops. She became a household name with her stint in Yeh Rishta Kya Kehlata Hai where she played the role of an innocent bahu named Akshara. Then she broke her innocent bahu image by playing the role of the iconic vamp Komolika in the ongoing popular show, Kasautii Zindagii Kay 2. Her fans loved how she aced her character and thus when she left the show to fulfil her film commitments, her fans were disheartened. Now, there were reports that she is all set to come back to the show. However, she is not returning to the show anytime soon.

It all started when recently, a video of the actress shooting for the show went viral. There were reports stating Hina is back on the set and will soon join hands with Karan Singh Grover. So, to clear the air, Hina took to Twitter and announced that she is not coming back to the show anytime soon.

The actress did a Twitter chat with her fans, and a fan asked, “Hey hina…are you coming back as komolika in kzk .Ask hina?”

The actress replied saying, “As of now I am too occupied with my commitments and seems a little difficult.. don’t hv time till nov..” She also mentioned that her co-star from the show, Parth Samthaan himself sent her yesterday’s precap and wrote, “Hehhehe he was first one to send me the small glimpse of the scene you guys saw in the precap yesterday.. although I haven’t shot it.. so old shots hv been used but ya gave my voice to the scene.. I am gonna meet them soon.. and I really miss them..”

In the same conversation, the actress also updated her fans on her film project and its release by saying, “My first movie is almost ready.. but we want it to get world recognition, so it will surely go in all big reputed festivals first and thn we shall see it together in India..”