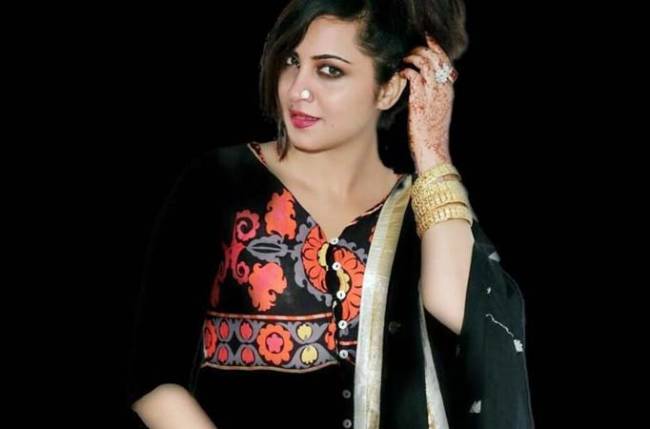 The Colors’ flagship reality show, Bigg Boss 11 has an interesting group of inmates. However, the most interesting of them all is Arshi Khan!
This lady has been raising quite a few eyebrows in the industry with her antics, her over the top statements, her dressing sense or her LUST for the fellow already-married contestant, Hiten Tejwani.
Her equation with Hiten is tongue in cheek… errr… raunchy…errr…friendly… hell no! It is just plain fun (for the audiences especially!). The makers have already discerned this which is why they make sure to bring in captaincy tasks centred around the two! Not just this, Arshi has been in the news outside the Bigg Boss house even more than she has been inside it.
And now, there is another reason to bow down to the graceful lady!
Well, if the loyal audiences of the notorious reality series would recollect, Arshi was seen cherishing the manhood of his grandfather – she revealed that he had 18 wives!
You read that right – 18!!
Fortunately or unfortunately, this has not gone down well with her family and through the media, they have stated that all of this is a lie!
In an interview with a media organization, Arshi’s father, Armaan Khan stated that he was just four-years-old when his father (Arshi’s grandfather) passed away in 1945.
As for a tale of 18 wives, Armaan Khan clarified that his father was married only twice and not 18 times as his daughter has claimed. He further added that he must have rarely spoken to Arshi about his father, Mohammad Suleman Khan. According to Armaan, his father was a jailer at Bhopal’s Central Jail during the pre-Independence era.
Arshi’s mother, Nadra exclaimed that it was unfair to drag in the family’s name just for the sake of publicity.
Another lie exposed by Arshi Khan’s family is the one about her age. As revealed by Arshi’s mother she is not 27 but close to 32 years! She further added that Arshi had enrolled in Bhopal’s Mayo Medical College where her date of birth is registered as 1987.
If this was not enough, Arshi’s family uncovered that they never hailed from Afghanistan and have always belonged to Jahangirabad in Bhopal.
Whatever the case may be, the viewers are surely taking a dig at the lady on television and she is gradually becoming the only reason for watching the show! Everything about her is nothing but rib-tickling!