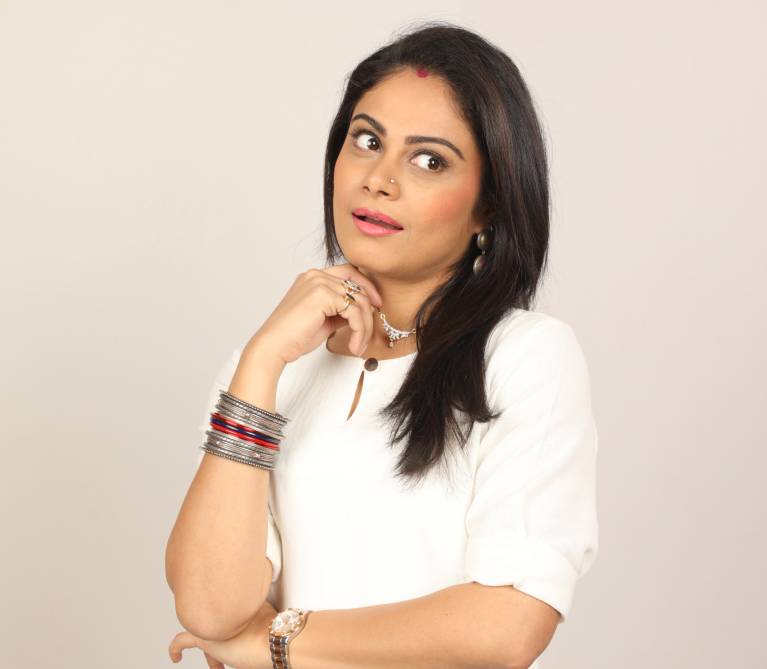 And, it’s a situational comedy.

Actress Toral Tasputra, who was famous for playing Anandi is back in action, but this time around, she will be doing something for the first time.

Toral is debuting in a play titled I Love You Two.Toral will be playing a character called Meera who is a married working woman. The most interesting part about her is that though she lives in a very sophisticated area, she is very loud.

Speaking on her character Meera, Toral says, “Meera is a loud character, and that is really new for me. I would be wearing Indian dresses, mostly ghagra and short kurti or may be palazzo and kurti.”

How much do you relate to the character? “To be honest, I don’t. She is loud and I am exact the opposite. I am an introvert person so it is all new to me. And, I am discovering a lot of new things.”

Commenting on the difference between theatre and television, Toral adds, “I got to know the difference in few days itself. TV is really easy compared to theatre. Firstly, you are performing live and on TV you do it take-wise where you don’t go to the next scene unless the director is satisfied. But in a play, you only have one chance. You have to enact the whole story in just two hours. You have to be alert all the time. And also, the rehearsals take a lot of time. You have to give all your time to the rehearsals.”

Speaking about the most highlighting factor of the play, Toral tells, “Firstly, it is my first attempt with a play. Secondly, it is a situational comedy, where you will see a completely different and loud Toral who won’t be crying like Anandi all the time. So, it is a different side of Toral that the audience will get to see.”

Writer and producer Sanjay Jha says, “The play celebrates true love. Hiten Tejwani represents the male emotions and Toral the complete Indian woman. Toral was the best choice and was quite keen on theatre debut. Very few TV actors decide to do theatre after becoming successful. Falguni Rajani who is doing Bhabhiji Ghar Pe Hai is also there in the play.”

On working with Hiten Tejwani, Toral says, “I am working with Hiten for the second time. He was in Balika Vadhu and his character was shown to have feelings for my character Anandi. I am playing his wife for the first time”. On being asked how his onscreen doting husband image precedes him, she says, “It’s always fun working with him and since its a comedy play, the lines are interesting. As a person, he is warm and caring and the comfort level is there. I am the only one doing a play for the first time out of all the artists in the play.”

We wish her all the best for her debut!