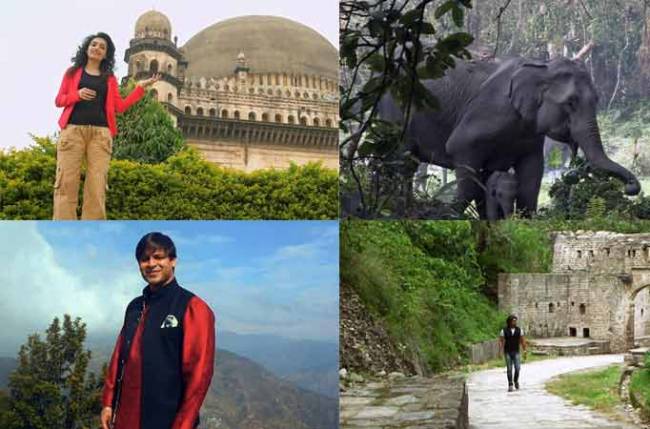 EPIC continues its quest of bringing the wonders of India to its viewers and raises the bar by airing multiple global award-winning film “Jungle ke Baahubali” for the first time on television. The world television premiere of this film will air exclusively on EPIC, split into two parts – first one airing on 22nd September and the second airing on 29th September. On both days the film will air at 3pm, 5pm, 7pm and 9pm.

“Jungle ke Baahubali”, is an odyssey into India’s picturesque and unique wetland canvases and the spectacular wildlife in them. It’s exploration of the theme of protection of flagship, and keystone wildlife species, by forest departments and governments, with support of locals and researchers has won it recognition at the prestigious Wildlife Conservation Film Festival, New York, Isla Earth Conservancy Award of Merit, Catalina Film Festival, Avalon, California among several others.

The project entailed 7 years of research that involved observing and filming the wild Asian Elephant and the One Horned Indian Rhinoceros in its natural environment. The film’s director Sumesh Lekhi along with his crew spent time with villagers understanding how their daily lives are affected and how they have to work along with the forest department to keep elephants away from their crops and homes.

Along with this special film premiere, the channel will pay tribute to World Tourism Day and World Architecture Day by showcasing marvels of India with a curated playlist of select programming.

The EPIC line-up for World Tourism Day will bring out the international theme of ‘Creating Sustainable Tourism’ and celebrate India and the tourism potential India has to offer. The programming for the day are curated episodes from an array of shows like Indipedia – a foreigner exploring and understanding India, Ekaant – a show on historically significant abandoned places, EPIC Specials -Andamans – Jewels of the Sea anchored by Tom Alter, Nandadevi – a pilgrimage feature show hosted by Vivek Oberoi and Wilderness Days – a series on India’s rich and diverse wildlife. The special will showcase on 27th September from 1 – 7 pm.

Close on the heels of World Tourism Day is World Architecture Day on 1st October where EPIC will air episodes from its popular shows – Sanrachna and Made In India that showcase and tell the stories of India’s ingenious structures and architectural marvels. Among the most-renowned monuments to be seen in this spectacular tour on-air are the Lepakshi temple in Andhra Pradesh and the Vitthala temple of Hampi in Karnataka, ‘Jhulta Minara’ in Ahmedabad, Gol Gumbaz in Hyderabad, Konark Sun Temple in Orissa, Jantar Mantar in Jaipur, Vijay Stambh in Rajasthan, Mahabalipuram in Tamil Nadu and Ajanta-Ellora caves in Maharashtra along with Lothal and Dholavira in Gujarat – the prominent archaeological sites belonging to the great Indus Valley Civilization in India.