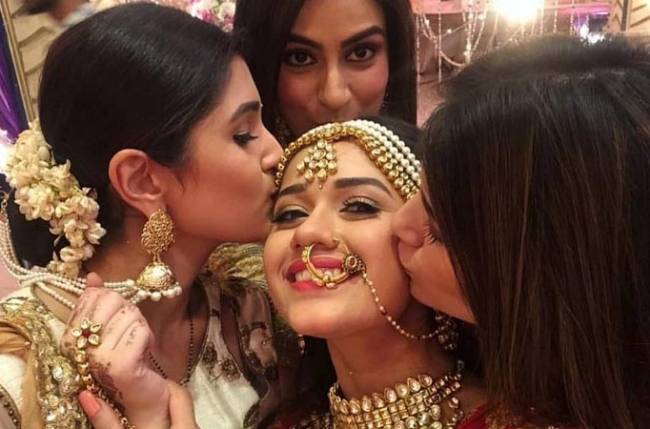 MUMBAI: Colors’ popular show Tu Aashiqui will soon bid adieu to its viewers. The news did not go down well with ardent fans of the show. The actors too are disheartened with the news of the show going off air. The show will end on a happy note with Ahaan and Pankti’s (Ritvik Arora and Jannat Zubair respectively) wedding.

The unit shot for the climax recently, and the entire cast was upset with the development. A lot of members took to Instagram to express their feelings.

The off-screen bond between the cast and crew is pretty thick, which can also be seen in their posts. After the last shot, the entire team clicked pictures together to seal the moments in the form of snaps and promised to stay in touch. The cast and crew also sang the title track of the show as a tribute to the project that was supremely close to their hearts. Both lead actors Jannat and Ritvik could not hold back their tears. We’re sure it is a tough time for them, but as they say, every good thing comes to an end.

We would like to wish the cast and crew of Tu Aashiqui good luck.